Just by changing hats, constitutional expert Eugene Meehan made the case against Quebec's so-called Charter of Values better than a truck full of factums ever could.

And with a single word, the Queen's Counsel who has made his legal reputation lecturing in the country's law schools and arguing before the Supreme Court reduced the op-ed, talk show, and water cooler verbiage poured out over the Charter to so much mush.

It happened this past weekend at a conference in Montreal on Religious Freedom in Education, where Meehan was scheduled to present an overview of Supreme Court decisions affecting the free practice of religious faith in Canada.

That he did, though his delivery of the overview while dressed in full kilted Scottish regalia hinted that something broader and deeper was in the works. And so it was. As he ended his presentation, Meehan turned to the topic of the proposed Charter of Values. He pointed out that nothing in the Charter would prevent him turning up for work in a Quebec government office, school, daycare centre or other place of State-sanctioned employment dressed like a piper about to pibroch. Unless, he stressed, he swapped his snappy black Glengarry cap for . . . a turban like the luxurious red and gold model that he pulled out of a bag and placed on his head. 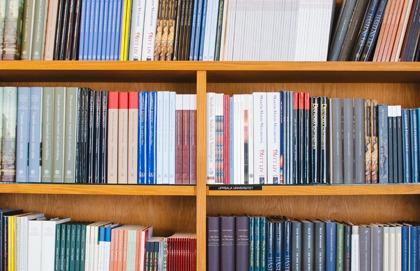 Why, indeed. It's the question no one in the Quebec government nor any of the supporters of the Charter inside or outside the province has been able to answer. How can a hat be the deciding difference in whether or not a human being is employable? The answer—that it is only religious hats that are at issue—is mere question begging. Religiosity may be the reason for the wearing of the hat but that, of itself, does not make it any more reasonable to prohibit the hat. On the contrary, it only doubles the dimensions of arbitrariness.

Why, after all, should the mere religious affect of a hat or other piece of haberdashery—a scarf, a broach, a necklace—be linked to the receiving of a government (or quasi-government) pay cheque any more than the overt wearing of, say, wedding bands by gay men or lesbian women?

The Quebec government's insistence that it seeks only the sanctification of State neutrality is, again, mere questioning begging. How can neutrality be neutral if it is for some and not for all? More pointedly, why is neutrality expressed by prohibition and not by imposition? The Charter's commandment that no public employees may wear Sikh turbans on the job, for example, could just as sensibly be a dictate that all Quebecers must wear Sikh turbans while engaged in public works.

Indeed, the latter in some ways makes more sense, or is at least arguably more equitable, since the latest Statistics Canada figures I've seen show Sikhs are so few in number in Quebec that, as a group, they effectively represent zero—that's right, zero—per cent of the population. Surely it is more just to make us all wear hats that privilege no one group than it is to prohibit the headgear of a minority so small that, strictly numerically speaking, it amounts to next to nothing.

Of course, outside of the strictly numerical world of Stats Can nose-counting, Sikhs do not amount to nothing. Each Sikh Quebecer, individually, amounts to the entire fullness of a human being. As a collectivity within Quebec society, Sikhs make enormously worthy contributions that make assaults on their obligatory religious headgear nothing less than anti-liberal spitefulness.

But as was pointed out by Paul Donovan, principal of Montreal's Loyola high school where part of the weekend conference took place, it's really not about the Sikhs. It's not, although some would argue this, just about Muslims. It's not even, at least not fully, about the ancient anti-Catholic animus that still makes Quebec's talk-talk class fulminate.

"It's not really about the hat either," Donovan said when we chatted after the conference ended. "Religions are not about the hat. They are about the person. So it's not just (a prohibition of) the hat. It's about reducing religious belief to a part of a person's life, something they can take on or off at any time. It is the expression of a basic misunderstanding, and mistrust, of religious belief and people of religious faith."

And yet there are many inside and outside Quebec who support such misunderstanding and mistrust.

To quote one of Canada's leading legal minds: "Pourquoi?"