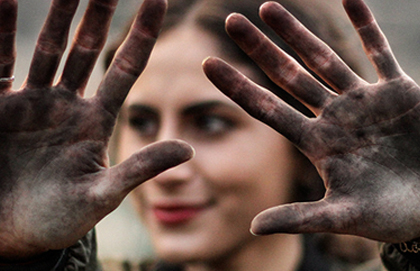 Thinking With Your Hands December 3, 2014  |  By Naomi Biesheuvel
Print

"It is a kind of progress when you no longer have to mess around with dipsticks and dirty rags," Matthew Crawford stated at the Museum of Nature in Ottawa, Ontario, last month, "but I also want to just notice that there is a kind of moral education that is tacit in material culture ... so I want to speak up for the skilled manual trades, and suggest that's a life worth choosing."

Crawford, who wrote the New York Times bestseller Shop Class as Soulcraft: An Inquiry Into the Value of Work, was the featured guest speaker at Cardus's latest Hill Family Lecture Series, which took place as a component of the Building Meaning Project. Following his lecture, he was joined by Ray Pennings of Cardus, Bob Blakely of Canada's Building Trades, and Sarah Watts-Rynard of the Canadian Apprenticeship Forum.

"Sometimes, some people ... don't need the ability to think through [concepts] with their hands, but there are lots of people who, that is actually how they're going to be able to think intellectually, is going to be by experience. You've got to be able to visualize," Watts-Rynard said. She referred to her daughter's high school experience: "In her case, she could visualize math problems because she was solving math problems in shop class."