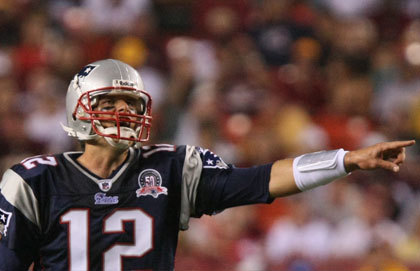 Several Canadians might look at the calendar today and fail to remember that Jan. 21 marks the 100th anniversary of the first Irish Republican Dáil ­– or Parliament – in 1919.

A somewhat smaller number will be unaware that the New England Patriots beat the Kansas City Chiefs in overtime last night to advance to the Super Bowl for the third time in three years, the fourth time in five years, and the ninth time since 2000.

Some small subset of both groups will be scratching their heads wondering how these things connect.

But, of course, connect they do, and for a reason that goes beyond even the heritage of the Patriots’ otherworldly quarterback, Tom Brady, whose great-great-grandparents were Famine Irish immigrants in mid-19th century Boston. (Brady has credited his Irishness for the mental toughness that’s made him the undisputed Greatest of All Time among American athletes. Team owner Robert Kraft once described his star quarterback as “speaking Gaelic” during a dispute with a member of the coaching staff.)

What the first Irish Dáil and the New England Patriots have inextricably in common – apart from being led by courageous, awesomely talented, indefatigable Irish figures of course – is the critical importance of institution building.

Here at Convivium, as part of the think tank Cardus, we are champions of sound, effective, deeply rooted institutions that function according to the specific purposes for which they exist, but even more importantly mediate among the naturally competing forces of any viable society or culture. Our institutional championship distinguishes us from the post-modern mania for worship of wavering abstractions and wholesale detachment from history.

The New England Patriots, and the Irish parliament that was forged by that blessed land’s patriotic sons and daughters, stand as vivid examples, past and present, of the necessity for institutions that simultaneously ground and advance the best of which human beings are capable. 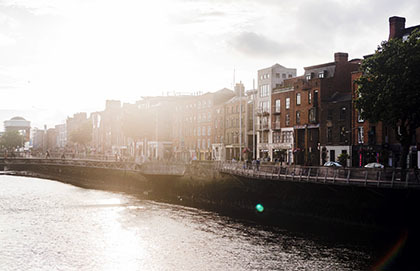 True, some will balk at conferring the word “institution” on a sports team, even one as quasi-omnipotent and worthy of veneration as the Patriots.

While the creation of a people’s parliament obviously has infinitely greater significance in terms of human survivability than the mere winning of football games, at the institutional level, the parallels are uncanny. The 1919 Dáil came into being in the face of vicious colonial oppression by the British. It endured despite inevitable disputes and divisions among those building an Irish republic independent from, and robustly equal to, old England. New England’s Patriots are the constant target of what informed observers are happy to call a conspiracy of animosity within the confederacy of dunces who run the NFL. The evidence speaks for itself. Yet the Pats continue winning regardless of the malice of their league office enemies.

True, some will balk at conferring the word “institution” on a sports team, even one as quasi-omnipotent and worthy of veneration as the Patriots. It’s also true, as my Convivium colleague Father Raymond de Souza warned in a column last week, that the very victorious capacity of New England has inevitably attracted bandwagon jumpers whose understanding is as shallow as their braying hyperbole is voluminous. But those of us who passed years ago from wide-eyed fandom to being serious pupils of the team, see in its workings all the attributes that elevate it from franchise to foundational.

As with the glorious Montreal Canadiens, it’s not just a run of victories over a given number of seasons or years. It’s the deep inner organizational habits that convey the message of tradition, yes, but crucially the constancy of measuring up to what those who came before accomplished. It is a million miles beyond the sports cliché of no one player being bigger than the team. It is no one being bigger than the institution that names, bounds, and makes past and future coalesce within the present team. It’s exemplified by the way Patriots players, working within the institution of the Patriots, share in its extraordinary run of victories, and become household names, so long as they are with the team. Once they leave the Patriots, they tend to become pretty ordinary players, many quite forgettable, once again. The continuity of the institution both coaxes greatness out of them, and confers it upon them, however fleetingly.

This is precisely the working out of history that those patriots who formed the first Irish Dáil understood. It’s what they were prepared to literally battle against the mighty British Empire to protect and advance. Committed to the institution of their own parliament, which had been brutally ripped from them and abolished 120 years earlier, they risked trouble, turbulence, violence and death to pit ordinary men of Ireland in their flying columns against one of the great military forces of human history.

They forced the enemy to seek peace. While some conditions of the ensuing treaty imposed by the British under threat of all-out war would make any decent conscience cry infamy, the foundations were laid for future parliaments as well as for a vital, admirable republican democracy in which the voices and desires of the Irish people must be genuinely heard.

Now, 100 years later, the fruits are borne out in the Brexit saga. It is a debacle for the British. Yet it’s a ringing affirmation for the Irish of the institutional vision and wisdom that grew from their beautiful instincts for rooted freedom through creation of the 1919 Dáil.

Indeed, one of the great paradoxes of the era from then until today is the way in which the British people, through reckless abandonment of institution, have found themselves foundering over Brexit. The very people who first formed, then carefully cultivated and developed parliamentary democracy, are discovering the real cost of being gulled by the purveyors of abstraction wishing to abruptly sever England’s institutional ties with the European Union.

Secure now as part of the EU, the Irish, by contrast, simply cannot fail to remember the necessities of victory. Their institutional memory will not allow it. Their future will not abide it.

As patriotic Canadians, we would do well to look on their example and circle this day on the calendar so we, in our turn, do not forget either.