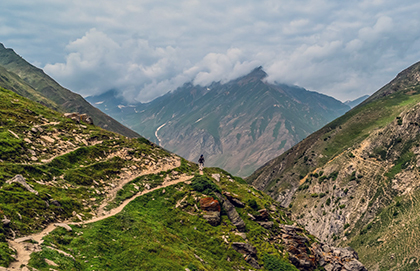 The name Shahbaz Bhatti may be unfamiliar to most Canadians. But Canadian politicians, foreign policy bureaucrats, and the voting public need to pay close attention to the connection between the martyred Pakistani politician’s life’s work, and the millions of dollars in foreign aid ($72.2 million in the last fiscal year alone) poured into the South Asian country where religious persecution is rampant.

In the constellation of international human rights stars, Bhatti is among the brightest and an inspiration to the most dedicated activists in the world.

In the Catholic Church, he has been officially designated a Servant of God on the way to becoming Pakistan’s first canonized saint.

As minister of minority affairs in Pakistan, he was the lone Christian member of former president Asif Ali Zardari’s cabinet. Known for his courageous defense of Christians, Ahmadiyyas, Sikhs and other persecuted religious minorities in Pakistan, he was at the receiving end of constant death threats by Islamic extremists. His efforts to reform the country’s notorious blasphemy laws – used as a lethal weapon to harass, incarcerate and even execute members of these groups ­–­ earned him the hatred of enemies of religious freedom.

On March 2, 2011, his extended family in Canada received devastating news. Bhatti had been shot to death. He had mentioned to friends and supporters on his last visit here just a month earlier that he believed he would be assassinated.

He met a martyr’s death when the car he was driving to work in Islamabad was attacked by gunfire. The extremist group Taliban-al Qaida claimed responsibility.

Bhatti was not just a revered local hero in the churches and places of worship of the “oppressed, downtrodden and marginalized” faith groups of Pakistan on whose behalf he accepted his appointment as minister of minority affairs.

His life and legacy have had an impact that extends well beyond the borders of his country, touching the lives of millions of people around the world, including in Canada.

His life and legacy have had an impact that extends well beyond the borders of his country, touching the lives of millions of people around the world, including in Canada.

Bhatti will soon join another human rights stalwart, Raoul Wallenberg, in having a park named in his honour in this country. Patrick Brown, Mayor of Brampton, Ont., recently announced the park in Brampton would be named in honour of the Pakistani martyr.

He made the announcement at an event organized by International Christian Voice, an NGO founded by Peter Bhatti, to honour his brother’s legacy and continue his work in Canada. 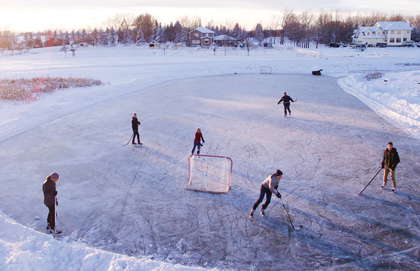 The event was a celebration of National Minorities Day, created by Shahbaz Bhatti, and marked each year in Pakistan on Aug. 11 to raise awareness of the contrast between the ideals of the country’s founder and the plight of religious minorities there today.

Nine years ago, thanks to Shahbaz Bhatti’s hard work and advocacy, the government of Pakistan recognized Aug. 11 to remind its citizens of the democratic ideals on which the country was founded.

In a speech to the Constituent Assembly in 1947, Mohammed Ali Jinnah, soon to be governor of the newly created country said, “You are free; you are free to go to your temples, you are free to go to your mosques or to any other place or worship in this State of Pakistan. You may belong to any religion or caste or creed – that has nothing to do with the business of the State. We are starting with this fundamental principle: that we are all citizens, and equal citizens, of one State.”

The Canadian chapter of International Christian Voice hosted the event to recognize the contributions of religious minorities to Pakistan and also to emphasize that Canadians have a role to play in addressing the contrast between the dream of Pakistan’s founder, and the nightmare of religious persecution faced today by Christians, Ahmaddiyas and other targeted groups.

“Pakistan’s Christians are people of the strongest faith and go to church regardless of the dangers they face,” says David Bhatti, nephew of Shahbaz who lives in Ottawa and works as an assistant in an MP’s office. “But they live in constant fear of Pakistan’s blasphemy law, under which they may be charged for the flimsiest reason, and end up in jail and being executed.”

This is where Canadians have an important and critical role to play.

Having a park named after Shahbaz Bhatti here in Canada is an important first step. It will hopefully ensure that the plight of religious minorities in Pakistan is not forgotten, and that as people in Canada become more aware of Bhatti’s sacrifice and legacy, they will be inspired to voice their support for the religious freedom of people everywhere. The park will also serve as a reminder that Canadians have a proud heritage of defending religious liberty and pluralism.

Indeed, these are values Canada has a right and a responsibility to advance at the international level. As a donor country to Pakistan, the Canadian government has a bargaining chip and must ensure Canadian tax dollars are not used in the service of a government that blatantly undermines these principles on a day-to-day basis.

The advancement of religious freedom in Pakistan, and around the world, should be a pillar of our foreign policy.

Unfortunately, this is clearly not a priority in the current Canadian government’s foreign policy agenda.

The Office of Religious Freedom (which was created after a discussion between Shahbaz Bhatti and former prime minister Stephen Harper) was abolished after the Liberal Party won the election of 2015. Under former ambassador Andrew Bennett’s leadership, this office had a budget to run projects in Pakistan. Projects to eliminate poverty among minority groups and to educate them on their rights are no longer running, a definite setback to the most oppressed who would have benefited from them.

Unlike Jeremy Hunt, former foreign secretary of the United Kingdom, Canada’s Foreign Minister Chrystia Freeland has not spoken out in support of Pakistan’s persecuted Christians and other minorities.

It is true that Asia Bibi, the Pakistani Christian woman who was unjustly incarcerated in Pakistan for allegedly violating the blasphemy laws, has been freed and now lives in Canada. However, thousands of other prisoners in similar circumstances languish in Pakistani jails. The government of Pakistani President Imran Khan is unwilling or unable to reform or abolish the blasphemy laws.

Meanwhile, according to International Christian Voice, minority refugees from Pakistan pour into Thailand where they live in appalling conditions, often in detention centres, as they seek entry to Canada.

Most Canadians – except those who follow news from the Vatican – may not have heard of Shahbaz Bhatti.   But all Canadian citizens need to think carefully and ask questions about the impact of these foreign policy decisions on our country’s willingness to stand up for what we say we believe.